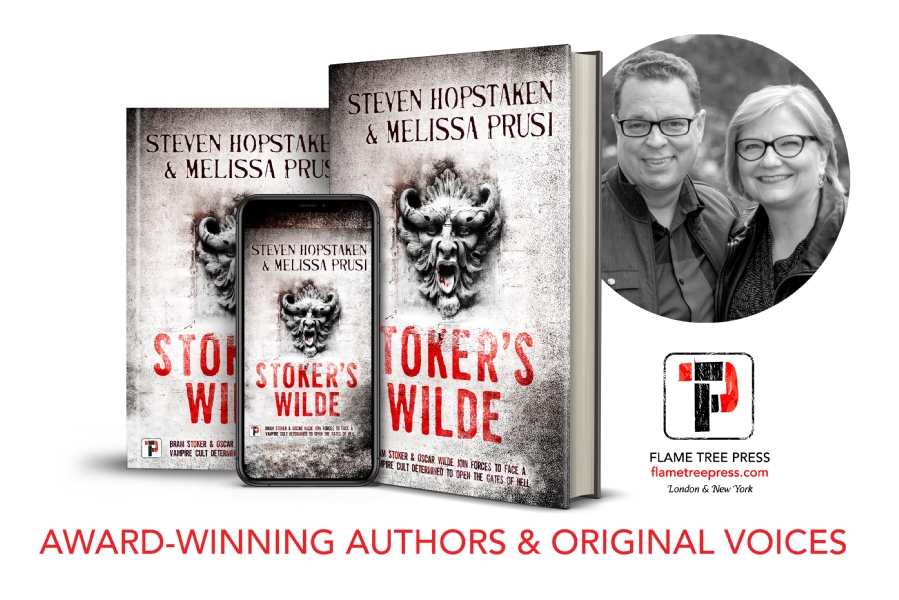 Steven Hopstaken was born in Michigan, where he spent his formative years watching and reading science fiction and horror. He spends his free time traveling; writing screenplays, short stories and novels; and practicing photography.

Melissa Prusi was born and raised in the Upper Peninsula of Michigan, often mistaken for Canada. Shes been a video editor, a semi-professional film reviewer, a three-time champion on the quiz show Jeopardy!, and a Guinness world record holder (1990 edition, for directing the longest live television show).

Their first novel, Stokers Wilde, was hailed by Booklist as creepy and atmospheric. But also, really fun, which also describes the process of writing it.

They currently live in Minneapolis, Minnesota, where they love the arts scene but dread the winters. While they both currently make a living as website content managers, they have sold two screenplays, which have been lost to development hell. If theyre not writing, you can usually find them at a movie, local theater production, improv show or pub quiz.